The reason why most of the people prefer to go for the government job is because of the pension benefit that government employees get after their retirement. The fixed periodical amount of money that the employees gives assurance to the people after they take leave from their work and job. The government has been taking good initiatives for the welfare of the common people and such in this area the government has came up with a new scheme wherein the workers of the unorganized sector also get monthly pension after their retirement which is after attaining the age of 60. The scheme is named as ‘Pradhan Mantri Shram Yogi Maan-dhan Yojana’.

This scheme is a gunshot for the unorganized sector workers and help them to lead their life and help them meet the basis requirements of life after their retirement. Let’s hope this scheme will lighten up the life’s of the people. 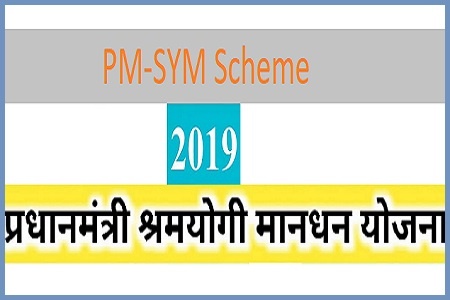 The above given are the things that are included in the required things that people need to have on mandatory basis.

However there is certain procedure one has to follow to get the benefit from the Pradhan manthri Shram Yogi Maan-dhan Yojana.

The procedure steps are briefed as below bullet points:

One has to visit their near CSC center and you will be able to locate your nearest CSC center through the information page of the LIC of India, ministry of labour and other sources.

Make sure that you carry your Aadhaar card and also your savings bank account details along with IFSC and also the amount that you will contribute initially.

The Village Level Entrepreneur (VLE) present at the CSC center will key in all your details and make sure that the details matches with the UIDAI data.

The system will automatically generate the amount of contribution that the person needs to contribute monthly basing on the age of the person.
The candidate has to pay the amount to the VLE wherein the VLE gives a receipt for the amount he have received.

Enrollment form will be generated wherein the candidate is supposed to sign on the form and the VLE will scan the signed copy and upload it to the system.

In the next level when the registration is done a number called Shram Yogi Pension Account Number is generated and shram Yogi card will be generated and used as filed purpose.